Using National Income Figures To Compare Living Standards | Between Countries: some Qualifications. Fairly accurate comparisons of the national incomes of different countries are often necessary for practical reasons. Which are the very poor countries and which are the rich? How much help should be given to the poor countries by the very rich ones? What is the contribution to be made by a country to international economic agencies? The list is seemingly endless.

If national income figures are to be used in comparing the living standards of different countries, then in addition to the qualifications or problems of internal comparisons or measures, we ought to add that such international comparisons may pose problems for the following additional reasons:

1-) The extent of the underground economy, as well as the non-monetized economy, differs especially between developed and developing countries. This makes it difficult to judge the real income of various countries and hence their levels of social welfare.

2-) Slightly different procedures and adjustments are made in the calculation of national income figures in different countries. This gives rise to varying figures which cannot be automatically used for international comparisons of social welfare. 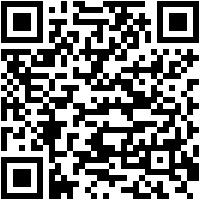 3-) Different people in different countries have different tastes and spend on different commodities, An English man spends more on fuel for heating than a Cameroonian. This expenditure on fuel by the English man inflates their national income figures whereas he is not necessarily better off than the Cameroonian who is fortunate not to require such expenditure. The fact that the Cameroonian dog does not need to devote resources to the provision of heating and lighting without loss of comfort implied that more resources can be devoted to the production of other goods and services. Concerning tastes, it may be said that the Cameroonian derives as much satisfaction from a “Country Cap” as the English man does from an expensive hat. If one were to look at only the monetary value of the goods, it would seem the English man is better off.

4-) Different countries have different currencies which have to be converted into a common denominator or common currency for international comparisons. An exchange rate may not accurately reflect the internal purchasing power of currencies. It may be preferable to use a conversion rate based on the purchasing power parity for a common basket of goods.

5-) Countries have vast differences with respect to the length of the average working week, the proportion of work which people do for themselves, and the proportion of women who work. the degree to which goods are exchanged against money, the accuracy of tax returns or the extent of the black economy. etc. Some allowances or adjustments have got to be made for each of these factors if international income comparisons are to be meaningful.

In light of these difficulties, economists and others increasingly use other parameters or international income comparisons. These involve comparing mortality rates, and the number of people owning consumer durables per household. the length of the working week, life expectancy etc. The higher the standard of living for a country. the lower the mortality rates, the shorter the length of the. working week. the greater the number of consumer durables per household, the greater the life expectancy. etc. Factors Determining a country’s Material Standard of Living.

These are the factors that would most likely lead to an improvement or to an increase in the output of goods and services. In effect. these are more or less the factors that would lead to economic growth. These factors could be internal and also external for a country having economic relationships with the rest of the world. Sec Topic 20 of this volume treats Economic Growth.