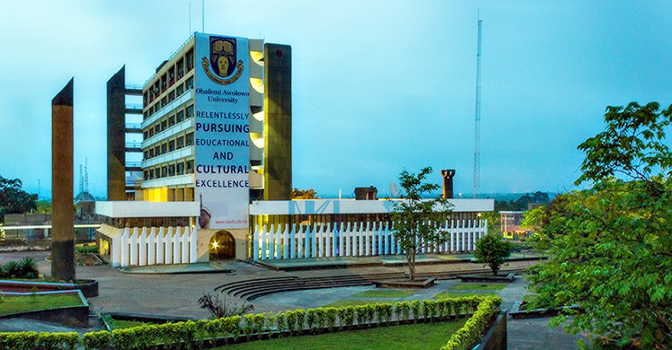 Obafemi Awolowo University, Ile-Ife is one of three Universities established in Nigeria between 1961 and 1962 as a result of the report submitted to the Federal Government in September 1960, by a Commission appointed in April 1959 under the Chairmanship of Sir Eric Ashby, Master of Clare College, Cambridge, to survey the needs of post-secondary and higher education in Nigeria over the next twenty years. On 8th June 1961, the Law providing for the establishment of the Provisional Council of the University was formally inaugurated under the Chairmanship of Chief Rotimi Williams.

On 11th June 1970, an Edict known as the University of Ife edict, 1970 was promulgated by the Government of the Western State to replace the Provisional Council Law of 8th June 1961. This Edict has since been amended by the Obafemi Awolowo University, Ile-Ife (Amended) Edict No. 112 of 1975 (Transitional Provisions) Decree No.

23 of 1975. This new Decree affected a takeover of the Obafemi Awolowo University by the Federal Military Government and established a Provisional Council as an interim governing body of the University which shall be subject to the general direction of the Head of the Federal Government, control the policies and finances of the University and manage its affairs. This Provisional Council has since been replaced by a Governing Council.

The following other Institutes and major units exist in the University:

Finally, some other agencies over which the University has no direct, or, in some cases limited control, have premises within the University.

The African Regional Centre for Space Science and Education in English. The student population has risen steadily from 244 in 1962/63 to over 30,000 at present.

To nurture a teaching and learning community; advance frontiers of knowledge; engender a sense of selfless public service, and add value to African culture.

A top-rated university in Africa.