…How unrest will negatively affect Nigeria as investment destination

Business owners may have begun to count their losses after the mayhem that visited Nigeria last week even as economists warned that losses to the economy, still struggling from the effects of several weeks of lockdown occasioned by the Covid-19 pandemic and downturn in the price of crude oil, are huge.

President Muhammadu Buhari had, in his 2021 budget speech, asked Nigerians to prepare for a recession shortly after he painted a gloomy picture of the nation’s economy. And one particular analyst who spoke to Sunday Vanguard in the wake of the ongoing #EndSARS crisis, put a timeline on recovery, saying it may take about eight years.

He conservatively estimated losses at around N1.5trillion.

Local and multinational businesses were not spared in the unrest that has enveloped the country in the past two and a half weeks.

Tens of thousands of youths have joined the protest against the now-disbanded Special Anti-Robbery Squad (SARS) police unit which rights groups had, for years, accused of extortion, harassment, torture and murders.

On Wednesday, the protests escalated into mayhem, which particularly spread in many parts of Lagos, with mindless attacks, looting of shops and arson on banks and public buildings.

At the last count, three banks in Lagos Island, Shoprite in Ajah and shops/malls in the area were looted, Lagos Oriental Hotel damaged while the Federal Road Safety Commission (FRSC) and Vehicle Inspection Service offices in Ojodu Berger area and the palace of Oba of Lagos were attacked.

The mayhem was triggered after witnesses and rights groups said soldiers opened fire on a crowd of peaceful protesters defying a curfew at Lekki toll gate, where Amnesty International alleged that at least 12 protesters were killed.

Outside of Lagos, the prisons in Benin City, Edo State capital, and Warri, Delta State were attacked and inmates freed while political party offices, among other public places, in Ondo were burnt.

Sunday Vanguard sought the opinions of economists, financial and data analysts and labour leaders on the cost implications of the wanton destruction of public and private assets and the ramifications on Nigeria as an investment destination.

The Director General of Lagos Chamber of Commerce and Industry (LCCI), Mr. Muda Yusuf, said it is extremely sad that, at a time when all hands should be on deck to attract investments (domestic and foreign), we had this unfortunate situation.

“Definitely it will negatively impact on the perception of Nigeria as an investment destination”, Yusuf told Sunday Vanguard.  “The scale of the looting and destruction is unprecedented in our recent history. I expected better responses from security agencies to prevent this wanton destructions and lootings.

“The mayhem and destruction of public and private properties in the last few days were most unfortunate.

“The loss of lives is regrettable and we empathize with families affected. The escalation was avoidable.

“It was a case of complete breakdown of law and order. The costs of these to the economy, the government and private entities are huge.

“No efforts should be spared to ensure the restoration of normalcy. It is sad that this is happening at a time when the economy is yet to recover from the devastation of COVID 19. 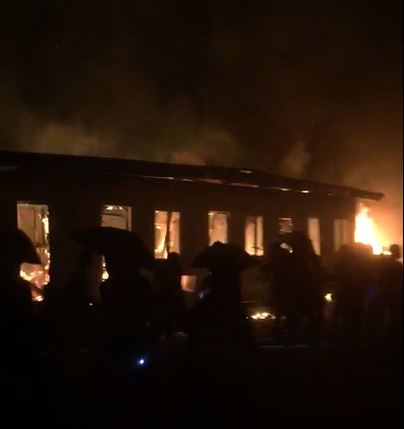 “Many businesses were still grappling with the consequences of the pandemic and lockdowns. We should have an urgent discussion around a permanent resolution of the crisis”.

Proshare Managing Editor, Teslim Shitta-Bey, said the looting of ShopRite is a poor understanding of economic realities by the looters, saying it is a short-term rush of blood to the head with more severe medium-term implications.

“The looting raises the risk profile of doing business in Nigeria and raises the cost of business funding”, he pointed out.

“This, in turn, discourages capital importation (which has already been adversely affected by COVID-19) and would likely equally constrain potential job creation. In other words looters suffer the consequences of their own actions in what economists might call the fulfilment of ‘Murphy’s law’ or a situation in which what can go wrong can really get worse”.

The analyst stressed that the principal economic growth impact of the mayhem may include lost work place man-hours nationwide; lost business output and workplace disruptions leading to lost income, buildings and movable assets torched during the riots.

“The buildings would be marked-to-market value rather than book value. The movable assets would be adjusted for depreciation; Lost lives, the protesters, police and other casualties”, he said.

“This would involve the lost cash flow from the future stream of their earnings adjusted for the country’s average life expectancy; intangible costs exist including the cost of the pain and anguish of a nation traumatized by a war on itself.

“It would be a surprise if ShopRite goods were not insured.

“If the shopping outlet was insured for riots or vandalism then part of the cost of business recovery would be borne by the superstore’s insurers.

“The cost would likely run into hundreds of millions which would worsen the insurance company’s operating loss ratio and cut 2020 profitability”.

Seye Adetunmbi, the Convener of Capital Market Roundtable in Nigeria, said the attack, destruction and looting of shopping malls is bad news for the nation as Nigeria will be classified as an unstable state, politically, due to bad governance and poor leadership.

Adetunmbi, who is also Chief Responsibility Officer, Value Investing Limited, stated that it is also a red flag for investors that Nigeria is not a safe place for investment destination, especially in the economic sectors and cities prone to vandalism in the event of an uprising.

“The resultant effect is loss of job, which will have a negative multiplier effect on the economy in the short and long run. Coming when we are yet to get over the effect of the pandemic Covid19 and dwindled oil revenue on the economy”, he said.

“It is a tripartite economic misfortune for Nigeria – Collapsed oil revenue, Covid19 pandemic and EndSARS fallouts. It is triple jeopardy for the Nigerian economy.

“We are in for a long haul of economic challenges. Most companies are going to report poor performance in the 2020 financial year.

“Dividend yield earned on some investments will reduce in 2021.

“Solution includes being prepared for a rough ride until things pick up again and make necessary adjustments appropriately. “Government should seize the opportunity to block leakages in the system and reduce excessive cost of governance; cut drastically recurrent expenditure on the redundant work force; and review the overheads on the executive and legislative arms of government.

“There has to be a way to help businesses that were adversely affected by the vandalism during the riots.

“The Federal Government needs to make positive pronouncements and take decisive policy directions that will reassure investors (locally and internationally) that Nigeria is a safe investment destination.

“The President missed an opportunity with his speech of yesterday. We can only keep hope alive on Nigeria.

“For instance, the book I just published could not be delivered to enable me recoup the money invested in time.

“Also, I couldn’t follow-up on a client’s job at Alausa which outcome is to facilitate investment inflow.

“Same applies to many people all over Nigeria whose economic activities have been disrupted.

“An airline that was airborne to Nigeria had to turn back to New York because of unsettling situation in Nigeria.

“What smart people in government who mean well for the masses do when the game is up is to retreat, take stock and accommodate the popular call for a new order for peace to reign”.

We have sent red signal to investors — Ali, NLC Chief

Hadiza Ali, Vice Chairperson of the National Women Commission (NWC) of the Nigerian Labour Congress (NLC), said the action of the hoodlums, who perpetrated this looting of the Shoprite, banks and other businesses, calls for total condemnation. 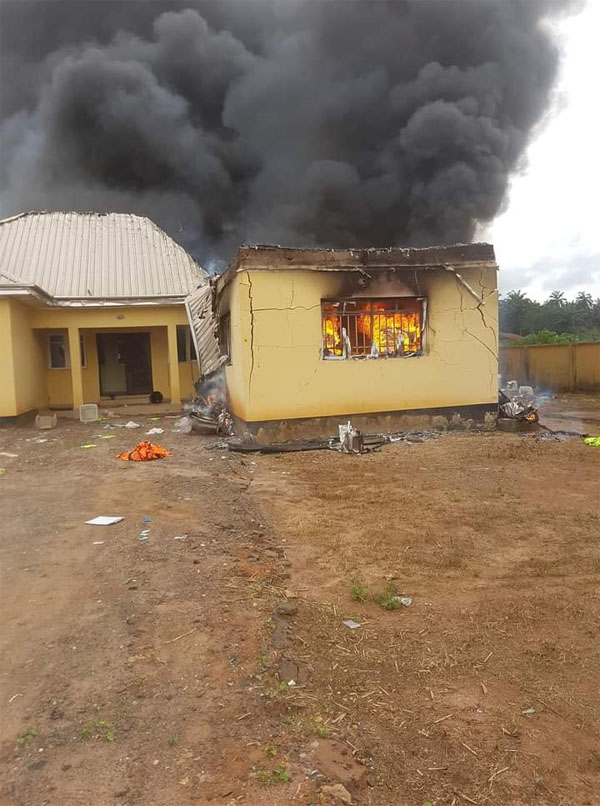 “As a labour leader, we are always agitating to protect existing jobs and also to create more jobs either in the government of private sectors”, Ali said.

“I believe that one of the grievances of the youths is lack of jobs to do. Shoprite though a foreign investor has been able to create jobs for our citizens especially the youths. “Now, the implication of the looting is that those youths who were in gainful employment of ShopRite will stand the chance of losing their jobs, thereby creating another job deficit.

“The massive looting is sending a red signal to other investors and those with the intention of making investment will be discouraged and not make the investment. “And such action by the potential investors will definitely have a negative effect on the Nigerian economy especially now that the economy has gone into recession as a result of the crippled economy activities suffered from the Covid-19 pandemic lockdown”.

Waheed Alabede, a New York – based economist, risk & data analyst, said, “The total long term loss to Nigeria’s economy will top N1.5 trillion in direct and indirect losses now and in the next couple of years even if normalcy returns.

“Conservative estimate of direct losses of Wednesday alone is currently over N60 billion when replacement cost, loss of use, and other costs are factored in.

“The challenge going forward is in the long term impact on the economy.

“On the economic front, and coupled with downturn caused by COVID-19, it will take over eight years for Nigeria, and especially Lagos, to recover from the loss of confidence among investors occasioned by the attacks on private and public properties.

“One of the effects of destructive protest or riot is that it heightens the level of risk assessment of nations which in turn means local, and international investors and lenders will increase interest rates to compensate for the high-risk business environment brought on by the disruption of business activities, and the destruction of private and public properties.

“The cumulative effect of the shock to the economy is an increase in the unemployment rate, especially among the youth.

“Additionally, government will have to divert funding from essential services like education to repair or replace the damaged properties.

“Among others, farmers and the poor will also be significantly impacted.

“Government must do all it can to bring the youth to the table and the youth must understand that it is time to select a leader within their rank and file.

“Nigeria survived worse events in the past and we will survive this too but we must work together to turn this to a win for all.

“As it often happens during any economic crisis, there are losers and winners.

“While the majority of Nigerians including large corporations and SMEs will be losers, the winners, in this case, are the construction and maintenance companies, suppliers of damaged goods, CSOs and NGOs. 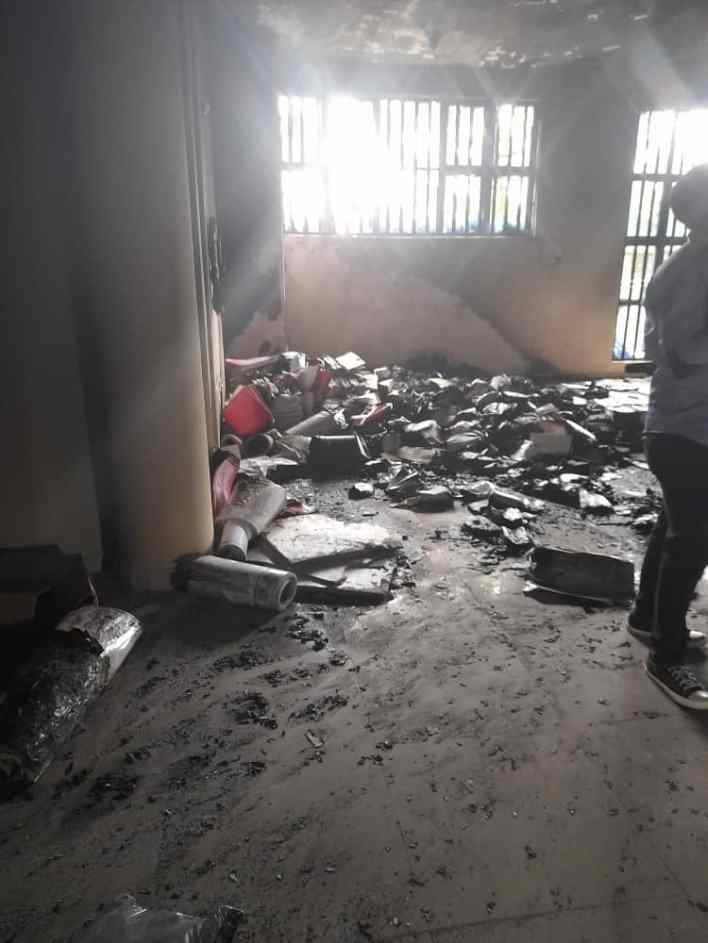 “Due to the recent event, CSOs will be flooded with donations from within and mostly outside of the country. CSOs and NGOs are in one of the few industries that often expect strong financial performance after a major crisis”.

The post ECONOMY LOSSES PUT AT N1.5TRN: It may take 8 years to recover from mayhem — Economists appeared first on Vanguard News. 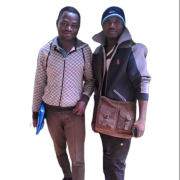 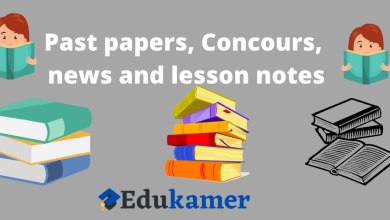 Just in
Categories
Trending posts
Back to top button
Close

Your password reset link appears to be invalid or expired.

Hello, our system detected you are using an Adblocker. Please, consider deactivating to be able to support us while accessing contents from our website